Earth Grounding: How it works and how it can help lift your brain fog 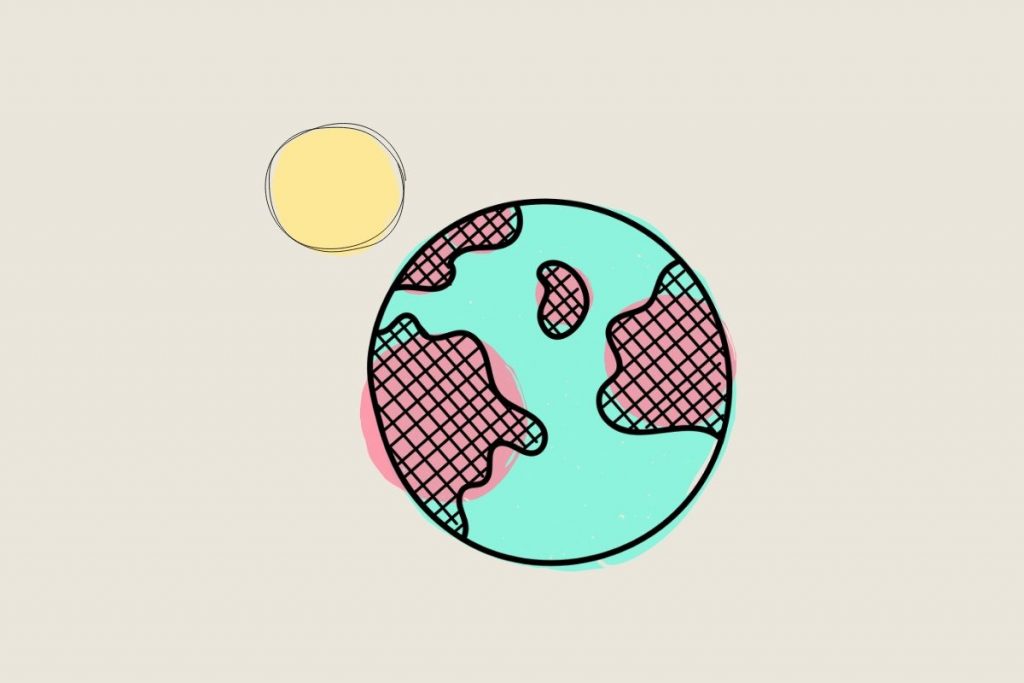 If you’re here, you either have brain fog and want to get rid of it or you simply want to learn how to optimize your brain health. This article will help you with both of those goals.

I say that 1) because I’m writing this on earth day and 2) because every day should be earth day…so it doesn’t matter when you’re reading this 😎.

Brain fog is typically an accumulation of symptoms (mild-severe) that are born out of an imbalance or overexposure. More often than not, there is at least one inflammatory-related disease involved whether it’s been there for a while or it’s just starting to show its face.

So, this article will zoom out a bit to focus on the bigger picture of health instead of just brain fog. Keep in mind, they are the same thing. We want to find the “mother ship” of your brain fog and this may be it.

Okay, so what’s up with grounding?

If you’ve never heard of it, it’s basically reconnecting with the earth by walking barefoot on the earth’s surface for example.

I first heard of grounding about 4 years ago. I read about it and probably watched some YouTube videos. I also watched a documentary about it, but I can’t remember which one since there are a few out there now. I will recommend one in a bit.

From the beginning, grounding made sense to me since naturally, I am a hippie…

But, I undervalued it’s power and forgot to actually apply it to my life consistently.

Now, on earth day, I’m reminded of it’s healing power and want to reconnect. To do so, I need to understand exactly what is happening every time I touch the earth.

To get you excited…think of earthing as a “biggest bang for your buck” kind of thing. It’s free, abundant, and simple. You can do it every single day, rain or shine for as little as 10 minutes a day to see the immense benefits.

Before I get into the proof of how and why it works, let me give you some context.

Humans have been touching the earth’s surface daily for about 99.9999% of our existence.

It wasn’t until concrete, pavement, and most importantly, the modern shoe was invented that this changed.

Let me introduce you to Clint Ober, the innovator behind the Grounding Movement & CEO of Earth FX Inc.,a research and development company located in Southern California, where he designs and develops indoor grounding products and continues to investigate the health benefits of grounding.

I learned about him in the documentary I recently watched called “The Earthing Movie: The Remarkable science of grounding.“ You should finish this article and then watch the documentary as soon as possible, it’s really good.

In the movie, naturally, they interview him a lot. He says:

This was the single thing that happened that probably caused the proliferation of inflammation-related health disorders far and above anything else. This is the most destructive invention that man ever made, the synthetic-soled shoe.

If you look at a chart, you would see a similar spike for inflammatory diseases. Yes, there are plenty of other factors such as processed foods, sugars, drugs, pollution, stress, toxins etc.

Those are very important, but today we are focusing on un-grounding as a major source of these illnesses and re-grounding as the “cure.”

Clint demonstrates how grounding works by standing barefoot on the earth and holding a device that lights up green when charged. This means he is grounded.

When the other person (who’s wearing shoes) touches the device, it doesn’t light up. When Clint (who is grounded) touches the other guy, it then passes through him and turns the light on, thus making them both grounded.

We know our collective health is bad, but let’s get some perspective.

Where our collective health stands

Let’s take a look at some stats about our health (mainly focused on the U.S.).

Generally incurable and ongoing, chronic diseases affect approximately 133 million Americans, representing more than 40% of the total population of this country.

By 2020, that number is projected to grow to an estimated 157 million, with 81 million having multiple conditions.

About half of all adults have a chronic condition, and approximately 8 percent of children ages 5 to 17 were reported by their parents to have limited activities due to at least one chronic disease or disability.

More and more people are living with not just one chronic illness, such as diabetes, heart disease or depression, but with two or more conditions.

Almost a third of the population is now living with multiple chronic conditions.

In 2009, 7 out of 10 deaths in the U.S. are due to chronic diseases. Heart disease, cancer and stroke account for more than half of all deaths each year.

According to the New England Journal of Medicine, people with chronic conditions receive only 56% of recommended preventive health care services.

Not enough? Here are some more numbers.

The Simple Science of how grounding works

It is an established, though not widely appreciated fact, that the Earth’s surface possesses a limitless and continuously renewed supply of free or mobile electrons. The surface of the planet is electrically conductive (except in limited ultradry areas such as deserts), and its negative potential is maintained (i.e., its electron supply replenished) by the global atmospheric electrical circuit

Let me put my glasses on 🤓

Simply put, the sun spews out tons of elections, which enter the earth’s atmosphere and charge it like a battery. These sun rays ionize a part of the atmosphere called the ionosphere by splitting the molecules into a positive charge and a negative charge.

Periodically, the ionosphere releases tons of electrons in the form of lighting. Lighting transfers the negative charge to the surface of the earth while the positive charge stays in the ionosphere. The earth is electrically conductive, meaning if you touch it, you are collecting negative electrons from the sun.

Here’s my best attempt at a visual aid.

The sun spews out tons of elections, which enter the earth’s atmosphere and charge it like a battery.

These sun rays ionize a part of the atmosphere called the ionosphere by splitting the molecules into a positive charge and a negative charge.

Periodically, the ionosphere releases tons of electrons in the form of lighting. Lighting transfers the negative charge to the surface of the earth while the positive charge stays in the ionosphere.

The earth is electrically conductive, meaning if you touch it, you are collecting negative electrons from the sun.

If you are wearing shoes, you become non-conductive (unless you figured out a way to pass the current through the sole and into your foot, which I’m sure exists).

Regardless of shoes, most people aren’t on earth’s surface anyways due to concrete, asphalt, homes, and buildings.

What happens in our body (why we need electrons/grounding)

Let me put on my lab coat really quickly.

So this basically sums up how inflammation works which can be attributed to (what seems like – based on my research) pretty much every chronic illness and autoimmune issue. But don’t quote me on that.

What I understand is that when a cell is damaged, either by an injury or environment factor, white blood cells head to the site to repair and clean up the mess.

They release this stuff called reactive oxygen species, which basically rip electrons from the damaged cell and kill the cell entirely.

This also makes sense. We don’t want unrepairable, damaged cells floating around causing issues. We also don’t want to waste too much energy repairing cells when we can just kill it and grow new cells that are healthy and strong.

When the electron is removed from the cell, it becomes a free radical (atoms that contain an unpaired electron. Due to this lack of a stable number of outer shell electrons, they are in a constant search to bind with another electron to stabilize themselves).

The free radicals are now floating freely in your body looking for an electron. Okay, no bigger, just find an electron little guy.

Here is where grounding comes in.

Without readily available electrons floating around, the free radicals will steal one from a perfectly healthy cell.

This damages the healthy cell and repeats the process over, thus creating a chain reaction. This tells the immune system, “all hands on deck,” which leas to inflammation-your bodies well-intended, but deadly fight against itself.

So…without grounding, you have fewer free electrons. Without free elections, you have free radical assholes stealing electrons from healthy cells.

The worst part is, you often aren’t even aware this is happening until it’s causing serious damage.

Moral of the story. Take your damn shoes off and go outside 🙂

Time for a change

Here’s the deal. It’s no secret that connecting to earth, eating better, sleeping enough, and exercise is important for your health.

The problem is, these things are hard for the human brain to do consistently since our brains aren’t wired for long-term, slow, sustainable health. Instead, it’s wired for immediate survival (see calorie, eat calorie). But, it’s easy with the right support and guidance.

Join the BrainThrive group, learn about your brain, make real changes, heal yourself, and build a thriving brain. 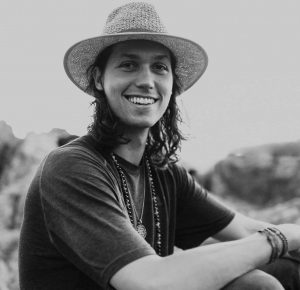 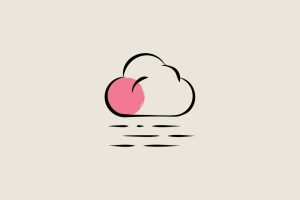 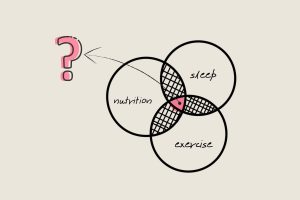 The most important thing for lifting your brain fog (that people can’t seem to find, until now…) 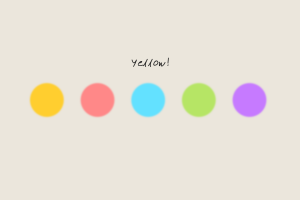 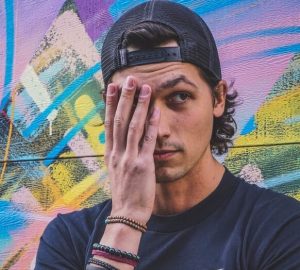 Clear your brain fog. 22 things to live by.